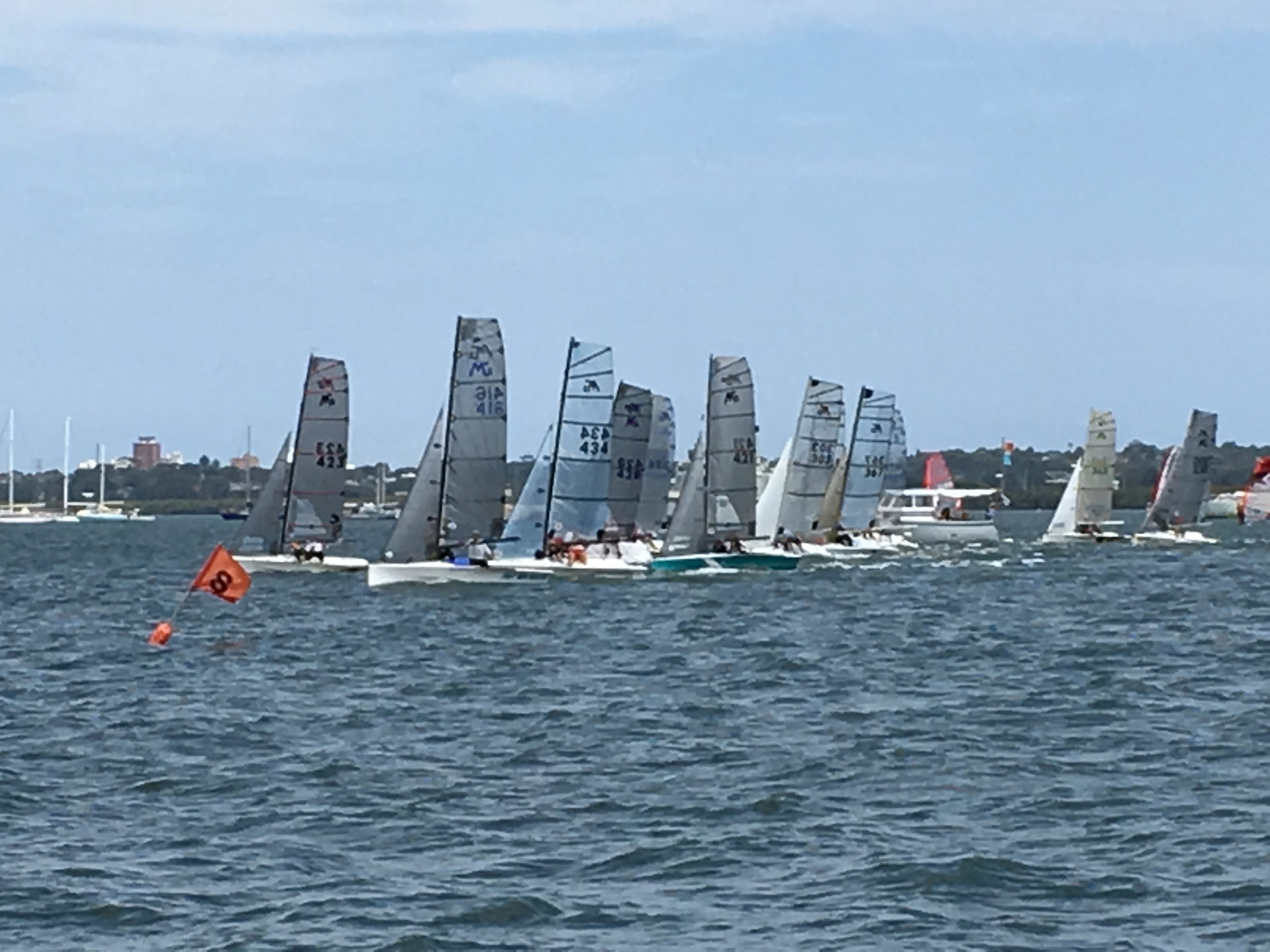 It was a great day to go for a sail on Saturday the sun was shining, the wind was finally blowing something decent (15-18 knots, Eastly). Everyone seemed to have a good start, although Tempest was a bit on the light side and had their first swim of the season off the first tack (Jack your just going to have to start wearing a weight belt). It was a stiff completion to the top mark with Ella around first followed by Three Kings, Pegasus then Blues Brothers. Although a quick slip by myself (Claire ) made sure that we had to have a swim, and the rest of the fleet sailed right past us.

Ella, Pegasus and Three Kings, sailed off and competed for the top spot (1st Ella, 2nd Pegasus, 3rd Three Kings). While the back of the fleet was making sure to just beat the boat in front. Blues Brothers were able to push pass Rush (this week Sailed by John Caley as his boat is still in repairs due to last weeks boat incident), Ballistic, Tempest and Fly By. Blewtopia had to pull out of the race due to 3 issues (sorry can not remember what they were).

On the Finishing Line, there was some competition between Blues Brothers and Phoenix, and the result was almost up to when and where the gusts were coming from and if the spinnaker was away in the bag. Phoenix finished up 4th followed by Blues Brothers in 5th, Rush in 6th and Ballistic in 7th. Tempest and Fly By also had a bit of competition on the last leg with Tempest (8th) overtaking Fly By (9th)

The handicap honours were taken out by Blues Brothers by 1 second, followed by Ella and Pegasus.

Good luck to all the boats who are competing in nationals, may you wear your Club shirts proud !