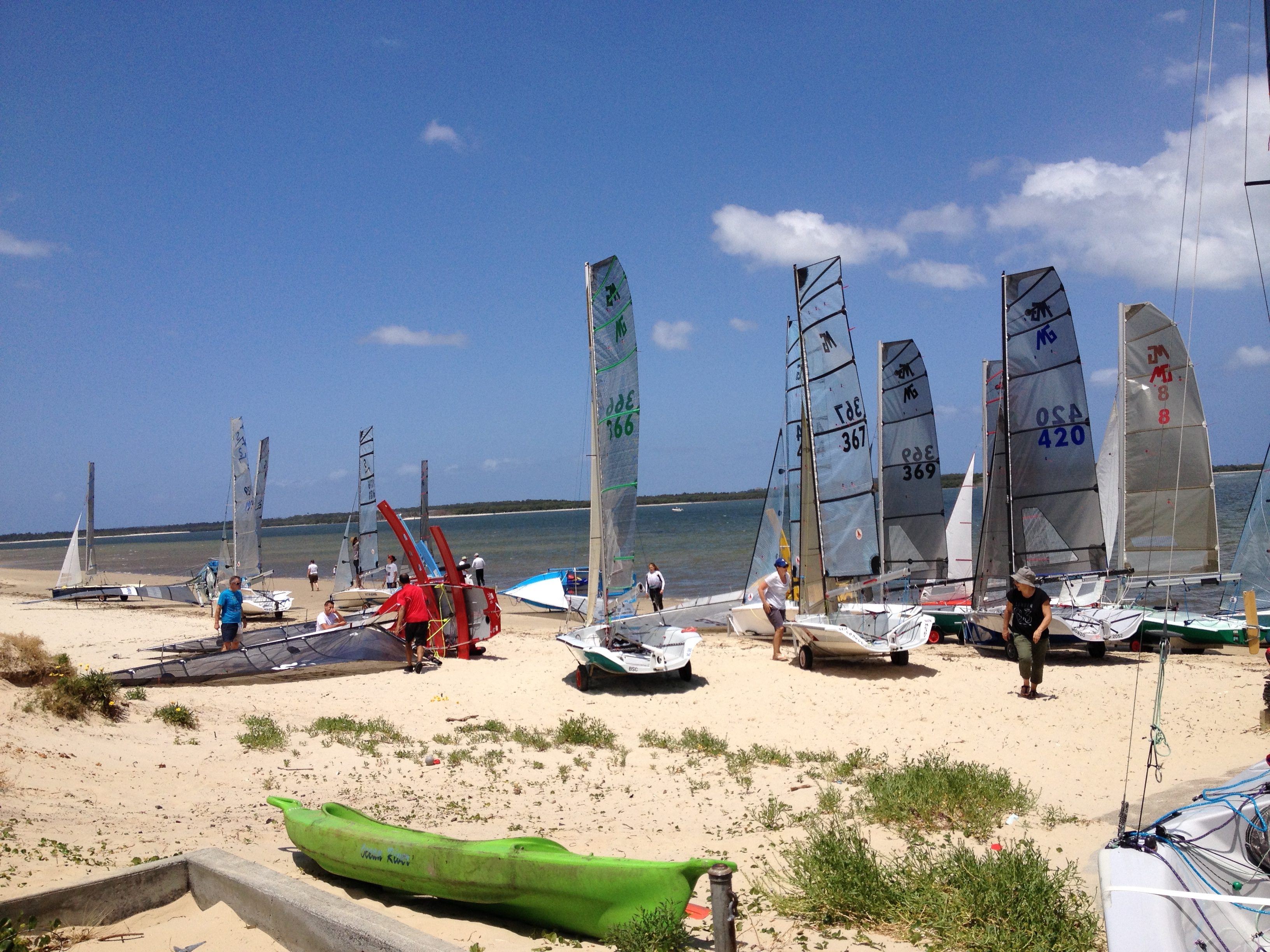 Well you have High Calibre giving another race report, which we took honours for Handicap, and almost got 4th on scratch but got shuffled back to 7th only 28sec between 3 boats.

Just food for thought while you read the report,

So great to see 11 starters, and 11 finishers.   Now the conditions have been a little better for everyone.

We headed off to the start a little late, heard someone screaming out and yours truly is sailing straight thru moth start, sorry Luka, he got away OK!

5 mins later we were off, pretty bunched up at starters boat end, we ran down the line and got a great start, everyone headed off towards the club house, boats calling water, had to throw in a snappy tack,  getting gassed we threw in another tack before heading over to the eastern shore giving us clean air.  We were still keeping up with a lot of boats. Usual affair, Ella had taken off and rounded the mark clear of all of us with no one on their heals.  Blues Girls were next but not showing a clean pair of heels just yet.  I think I even had Gary behind me only rounding just before me on the first work. I had several boats around me including Ballistic, Phoenix, Jet Stream and Fly buys behind us.  Three Kings, Blewtopia and Air force One were not to far behind. This was good I thought but will it last with the kite run.

Bottom mark 2nd time  Ella, Blues Girls and Pegasus had began their battle which would last the whole race chopping and changing.  Well Ballistic had blown us all away down wind and the pack then Jet Stream.

I rounded close to Phoenix, Fly buys in hot pursuit on our tail. Oh NO Geoff and Jet Stream had rounded the mark the wrong way. After re rounding they were in the middle, not happy JAN.

All this did is bunch us up. I had I great work up to Pelican mark, this was an intense battle, boats all took their route to the club house  buoy but it all ended up with us within a heart beat of each other I held off Ballistic as they tried to roll us, No joy there Bro!!!!!

We had this intense battle between the five of us the whole race, the second run down still had us in the mix a few wind shifts and holes helped our cause.

Ballistic and Phoenix went south on the last run down to the bridge and let us back into the race.

Top mark heading for home, Fly Buys, High Calibre, Jet Stream, Balistic and Phoenix all within several minutes of  each other.

We all chose different paths, I was actually going to do another lap, but I saw Blues Girls head for line and drop their kite. Thanks Girls!!

We all saw the results, not great conditions, up and down wind shifts  but total great racing for us five, magic.  I know, I know, I choked with the line in front of me going from 5th to 7th in the blink of an eye and letting bloody John and Geoff through.

Three Kings never got in the hunt but were always sniffing around, great Dave got to take Luke out honing his skills so he gets on the water in his own boat.

Blewtopia and Air Force One had a bit of a lonely race but was a great day on the water, and awesome to see them finish.

Ella,Pegasus and Blues Girls what can we all say, you RIP, no not rest in peace, bloody Rip it up every week. Good on you all.

Answers to my questions:

Thanks again everyone, I love my sailing, it is my special place and sanctuary where I can forget the world and its troubles. GOLD.

Thanks to my good mate and crew Michael who makes it possible each week.