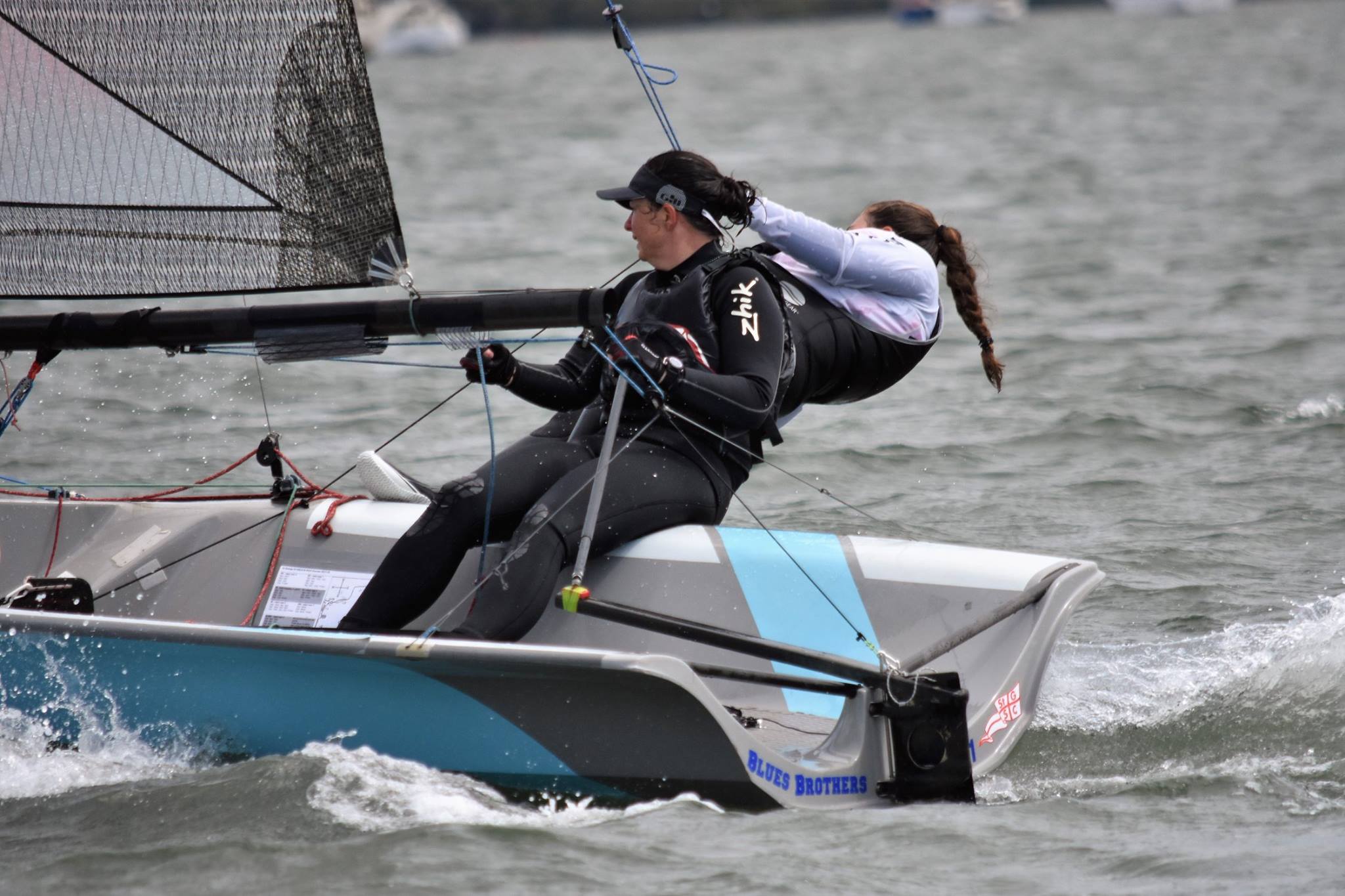 The race started with the usual closely contested start with Ella making it around the top mark first followed closely by Tempest and Pegasus, That’s about the last seen of the first two as Ella came away with the win by 1 minute 48 secs followed by Tempest. Back in the real world a very close tussle for the 4, 5 and 6th places as they constantly changed throughout the race between Blues Brothers, Ballistic and Phoenix with very little in it till the last lap when the boats managed to get some much needed distance. High Calibre remain in sticking distance for much of the race with Ballistic only managing to really pull away in the last lap keeping the Little & Browne Shield and interesting contest to be fought out by Phoenix and Ballistic next week.

While persuing Ella and Tempest on the second work, between Pelican and the next red pile, we (Pegasus) were sailed into shore by a boat off our left hip, and I hailed for water too late. We hit the rock which some people say isn’t there (it is!) and went from 10 knots to zero in a millisecond, with an almighty crack. Ross was airborne and circled around the forestay and dropped off the wire round the starboard side near the mast. The back 20mm of the fin broke off and remained stuck in the case, so we couldn’t get the fin down much for the rest of the race (and 150mm of the tip is mangled). With the trapeze shock cord broken we had to tie the port wire to the shroud, and downwind on port had to untie it so Ross could move aft, then re-tie it before gybing. Needless to say this all caused us a few minutes time, and would have caused us to drop to 4th over the line if Three Kings main had not fallen down (again). Oh well, it will be all fixed for Saturday.