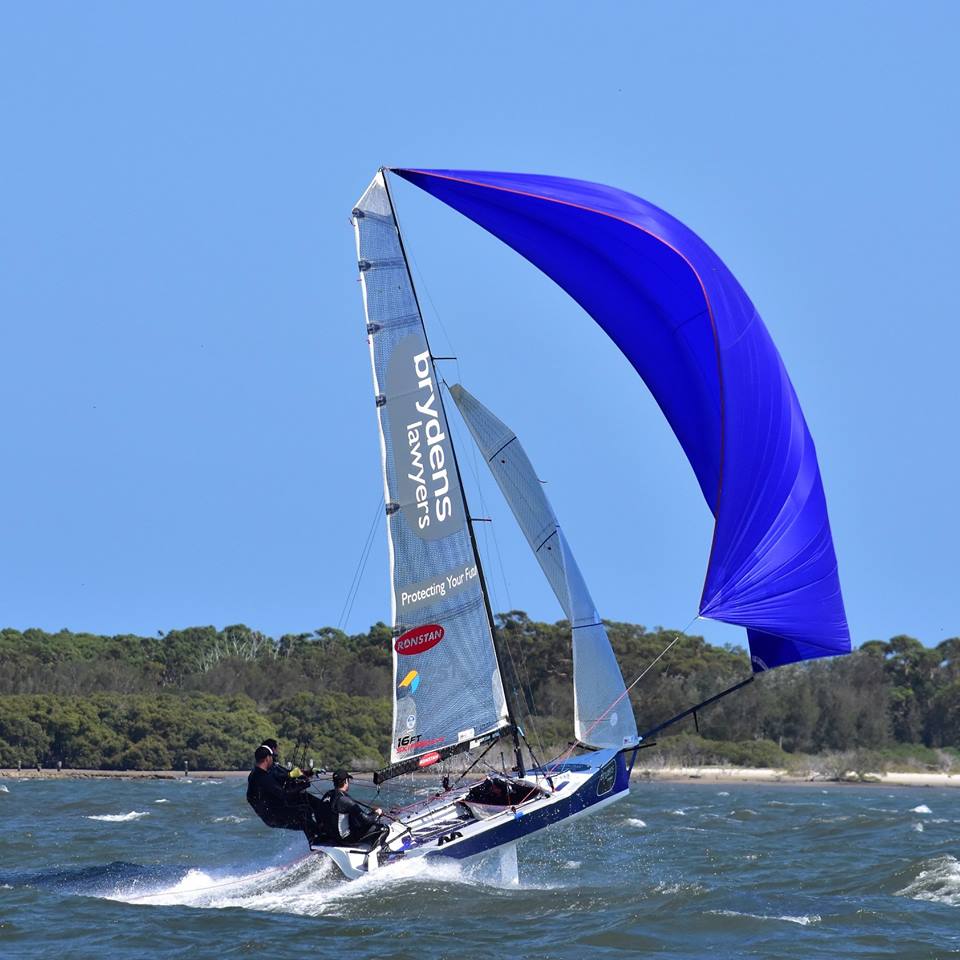 After many years and a lot of dedication by members and the clubs’ Board of Directors the rebuilding of performance sailing at the St George Sailing Club is at its personal best for a long time.

The St George Club now owned and managed by Manly 16ft Skiff Sailing Club has seen continual growth in their sailing division over the last few years. This is due to the ongoing support from the Manly Board who are wanting to make the club the number one dinghy venue south of the harbour again. The next venture for the amalgamated club is the construction of their brand-new clubhouse on the shores of Georges River at Sans Souci. Building is scheduled to start later this year, which will provide state of the art modern facilities not only for sailors but also for club members and guests.

Multi National 16ft Skiff Champion “Brydens Lawyers” skippered by Lee Knapton, who joined the club this year bought the silverware back to St George after 31 years by winning the NSW 16ft Skiff State Championships. This feat was nearly repeated again by Knapton in January only to be beaten by 1 point at the Australian 16ft Skiff Championships on Sydney Harbour. Knapton had to win the last heat and was beaten by 3 seconds at the finish by rival skiff ‘Manly Surf N Slide’.

In the MG14 class “Ella” sailed by Greg Junk & Ari Hume were victorious over the New Year and took out the Australian Championships sailed on home waters from local Cronulla boat “Under the Influence”. Junk and Hume repeated their performance last weekend on Wallis Lake at Forster adding the NSW State Championship Trophy to the mantelpiece.

Keith Single kept the St George Flag flying in Brisbane by winning the Masters division in the National Sailboard Championship, while Luka Damic sailed his Foiling Moth “Kitchen Maker” to be placed 5th in the National Titles and 3rd in the State titles with only Olympic medallists ahead of him on the overall tally board.