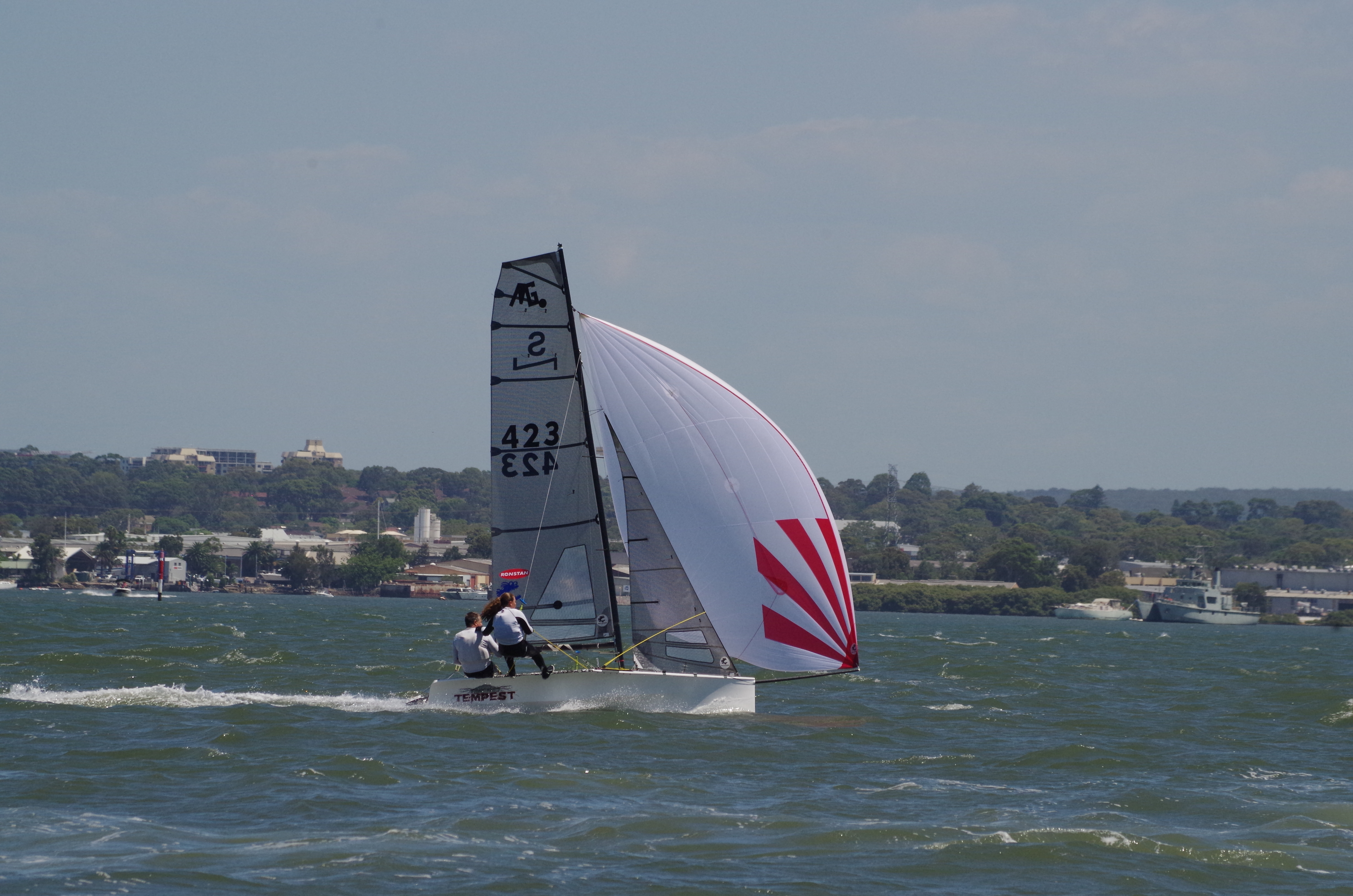 It has been a demanding start to the season with fresh breezes and last Saturday was no different for pointscore No 5 in a fresh SE 15-18kt wind. A lot of us have been tuning our boats after each week getting things sorted.
We had 10 boats turn up with 8 hitting the water, poor Hydrotherapy and the Gorman’s with Blewtopia are struggling to hit the water each week due to the conditions.

After the race committee met to determine if we should sail or not, it was a rush to get into the water.  High Calibre was fine, with Rush and Ballistic already rigged and ready to play.

A delayed start saw us head off to the windward mark in fresh and sometimes fickle breeze having the breeze swinging around from left to right and some big holes. Being a back marker is like being a goal keeper on the soccer field, see it all pan out, Blues Brother headed off to the southern side of the course while the three boys Ella, Tempest and Pegasus were in a three way battle all very close. Pegasus tacked away and was a bloody burglar leading the fleet at the windward mark. I was last not to far behind Rush, then Flyby and Ballistic. Blues Brothers was in the hunt coming up from the southern side but just as it was getting interesting crew member Claire decided to ‘teabag’ and in they went backwards. We were all around the top mark leaving the Girls in last, but not for long.

Pegasus blew everyone out of the water, he was 2/3rds of the way down the kite run before Ella and Tempest had set their kites.

Awesome kite run down to Waldron St, a few problems for Ballistic going for a swim while Pegasus kept on trucking and on song Tempest had some kite problems hanging out the front. All boats had a great work up to The Gut then I think we all had a gang buster of a run back to the club with some crews remembering it for years to come.

The conditions were still fluky and at times found ourselves in big holes, some of the others found the same, but at other times the wind came in hard and strong but the water conditions made for some super up hill works, Blues Brothers was still on the hunt and passed us and she didn’t take long to hunt the others down either.

Pegasus was on heat, nothing was going to stop them this week.

Ella and Tempest continued to fight however this was short lived after a man handled kite was shredded it was back to the beach for them.

Blues Brothers had bolted through into third place within a lap by now while the other boats swapped places.

Pegasus was never touched or faulted, Ella tried but to no avail having to settle for second. Blues Brothers fought hard but the early capsize and a few hairy gybes saw them come home in a respectable 3rd followed by Ballistic, Flyby and High Calibre who were all 2 min between each other while Rush got home in the end.

That’s how the day finished.

Sail of the day goes to Flyby, Pegasus was good, but Flyby, I was waiting for them to stuff up being their first race back for the year but no way, they never gave me a sniff, awesome job Jonesy and Ganelle.

thru the eyes of High Calibre – Bro.