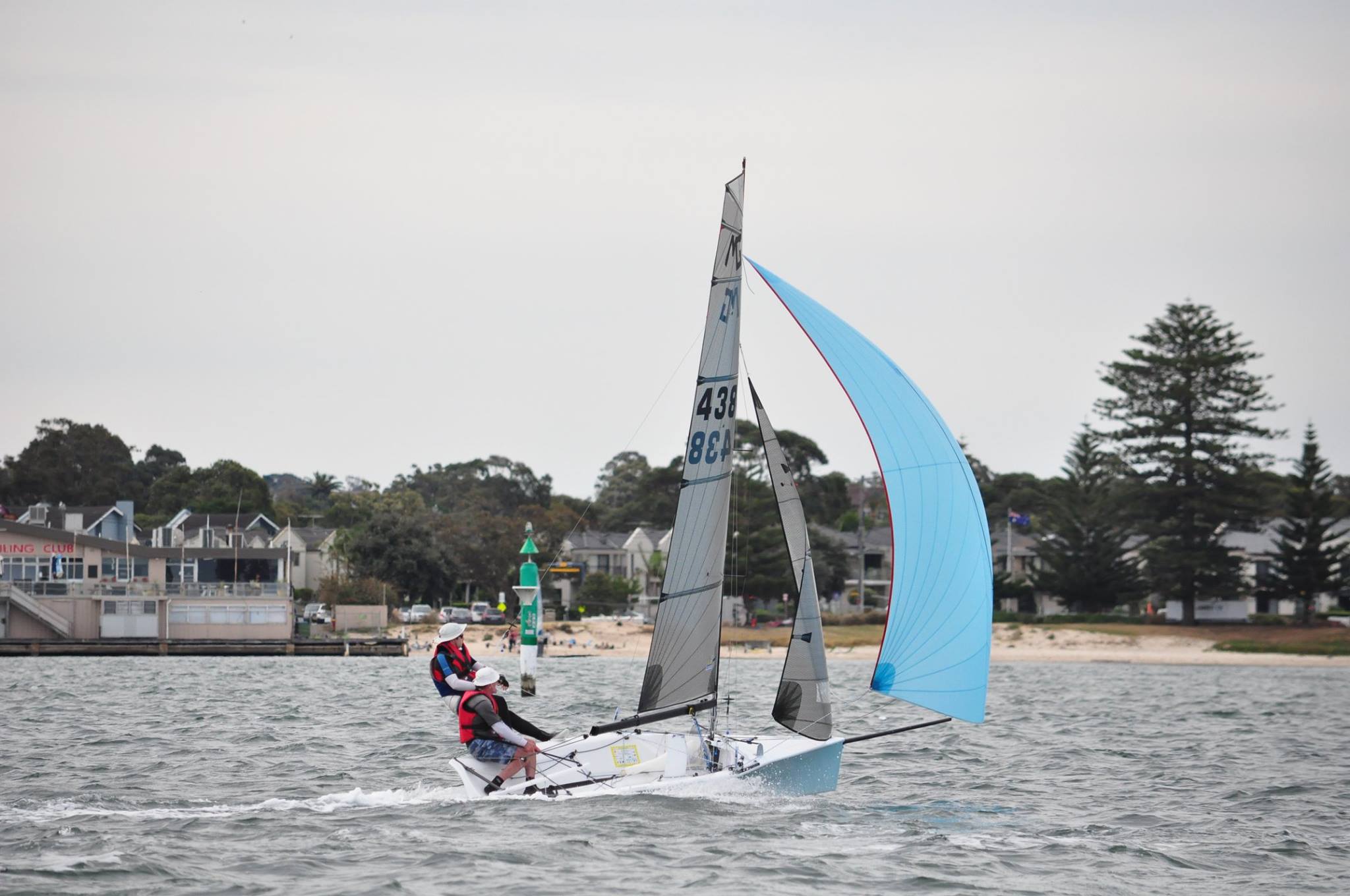 All Brian Reeves, 58 wanted to do was beat his successful brother and long standing MG14 sailor Gary, 62 with a win in last Saturdays St George Sailing Club’s point score race – and he did just that!

Brian and Gary have both sailed the MG14 class for over 40 years but Brian always is the ‘bridesmaid’ in the family. However, on Saturday afternoon on Georges River, Brian sailed his MG14 to a near perfect race to beat his brother by taking out handicap honours in a blustery westerly wind at times topping 25kts. However, he was a bit worried about his chances when he stepped on board his 15yr old MG14 Phoenix last Saturday to compete against his brother who has just launched his brand-new state of the art MG14 Pegasus 2 days ago.

Brian said “Gary is a great sailor and is a hard one to beat most of the time” who has sailed at the St George Sailing Club for over 25 years.  “It was a great race, in very trying conditions but we kept the boat upright and sailed her hard to take the win.”

All the sailing action continues next weekend with Heat 1 of the Club Championship from 2.00pm with vantage points for viewing from the clubhouse or along the Sans Souci shoreline.