Old dogs but no new tricks…. 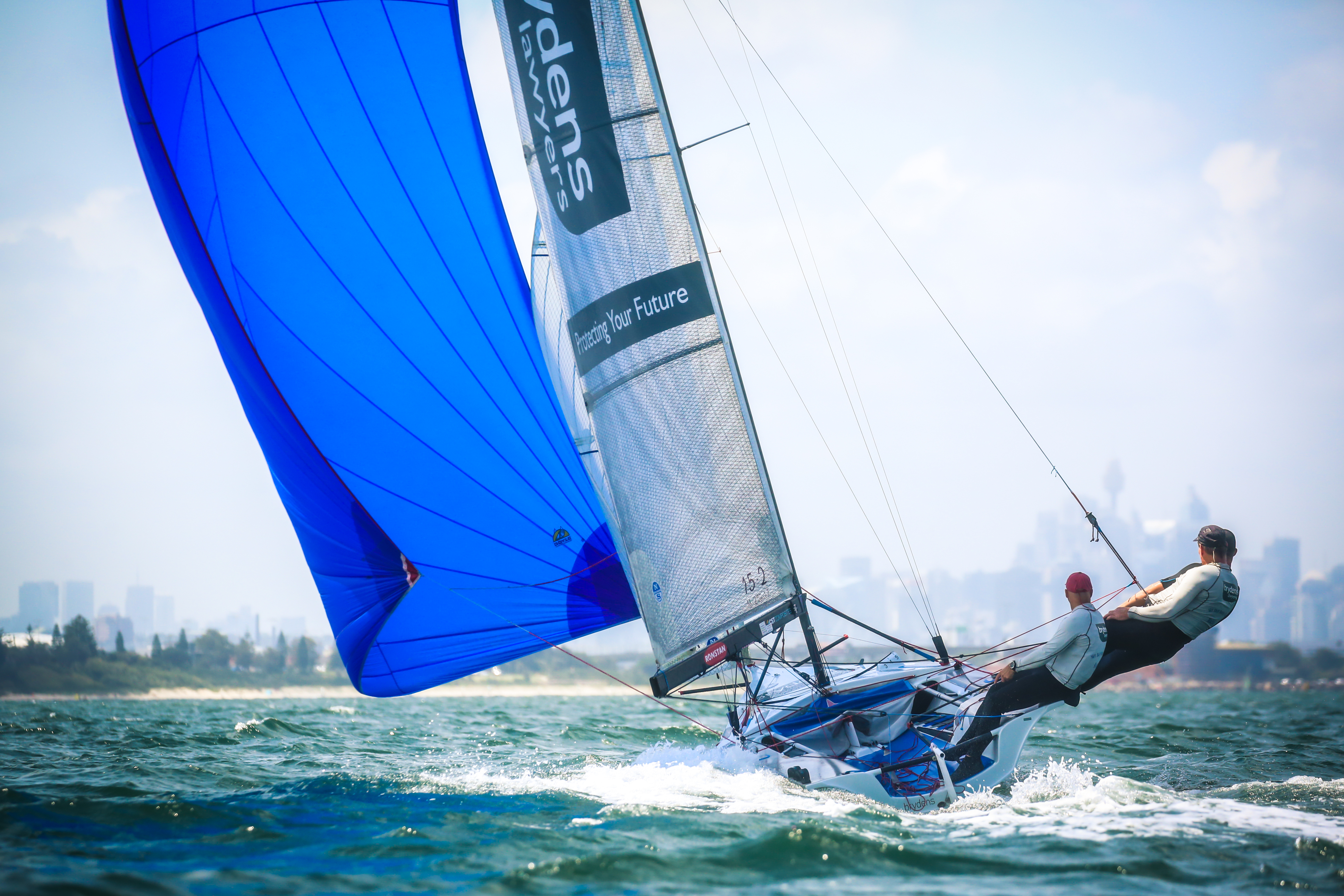 There is no substitute for experience.

A number of – how can we put this without offending? – slightly older and well-versed skipper and crew showed the way against younger opposition last Saturday.

Eight times National Champion Lee Knapton with crew of Peter Mackie and Ricky Bridge, who know their way around the Georges River on the back of their hands, saluted the judge aboard Brydens Lawyers in heat one of the James & Co Building Club Championship.

Club sailing operations manager, Brad Andrew, is not surprised the experienced hands on board the Brydens Lawyers are making a noise in what now for many years is an extremely competitive fleet at the pointy end.

“The club has attracted a lot of new & old experienced sailors from other classes to the 16’s this season due to an attractive financial subsidiary scheme offered to help build the fleet,” he explained.

“Our skiff fleet this year is one of the highest quality in many years. Hopefully, the sailors who over the years have just been there are now right on the pace in new skiffs and can get on the podium every weekend.

“While youth is a great asset, so is experience when it comes to competition.

“With the annual club regatta the Botany Bay Championship only three weeks away, I expect top two- three placings in the race from our team.”

Brydens Lawyers also took out the handicap division in the skiffs.

The sailing action continues next week from 2pm.