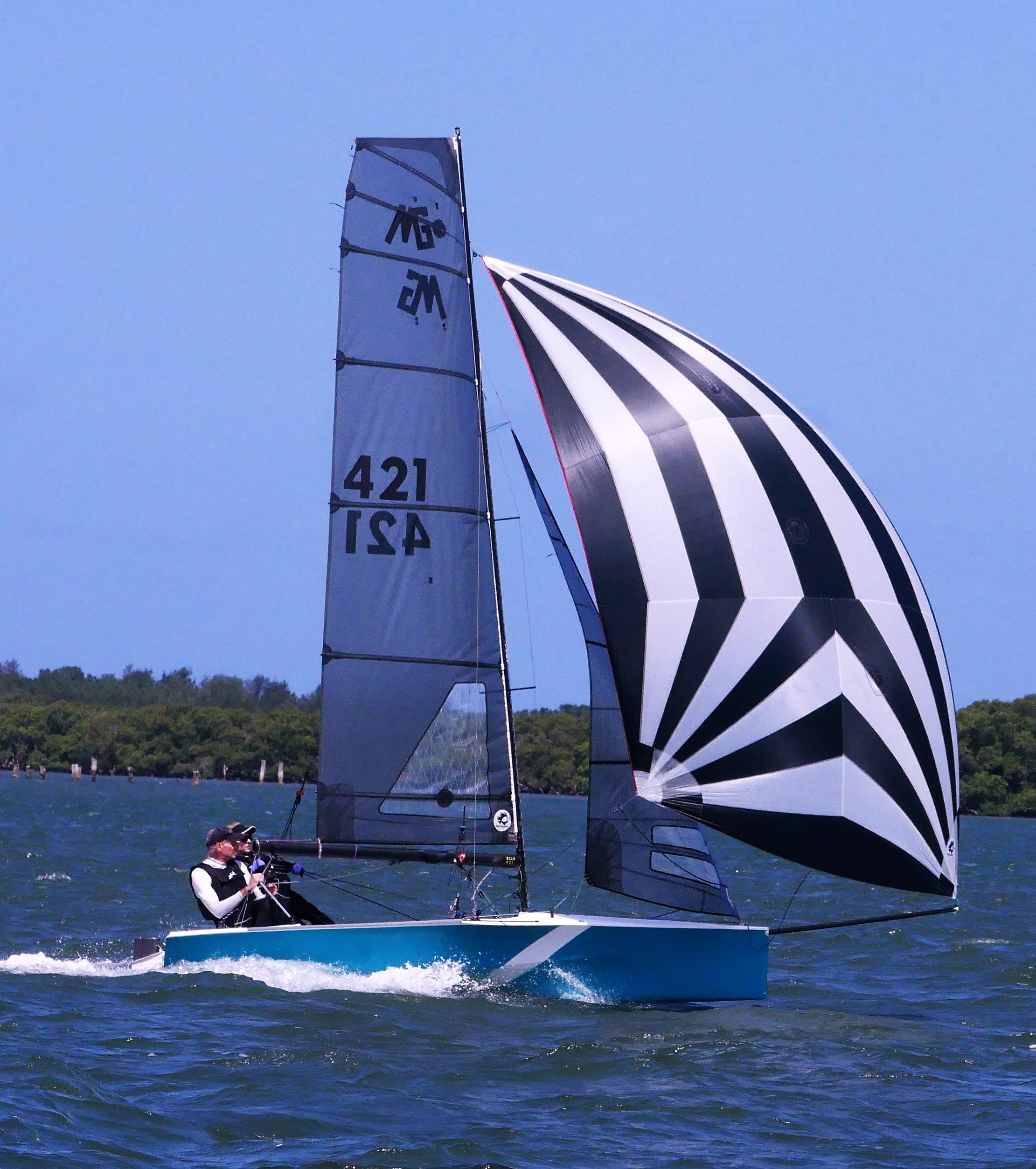 Saturday was meant to be either 15-20 knots from the south or 10 knots and fading from the SE, depending on which forecast you looked at. The first was closest, with a glorious 15-18 knot SSE breeze prevailing on a fine sunny if coolish day, with a strong ebb tide, for the first Club Championship heat and Pointscore 3. With AIR FORCE ONE (John & Sue), SOUTHERN APE (Lyndon & Claire) and THREE KINGS (David & ?) making a welcome return, a better sized fleet of 10 boats started (and it could have been 12 if NTH DEGREE and SALTWATER didn’t have issues).

With the pin (port) end favoured and the ebb tide, it was hectic near the pin, and with an individual recall signalled PHOENIX (Brian & Brendon) and ELLA (Greg & Ari) did a loop and restarted on port tack, and together with boats which tacked early onto port, picked the best angles and breeze to the top mark in Woolooware. Round the mark it was ELLA from THREE KINGS from PEGASUS (Ross & me) with the rest close on our stern. Second & third swapped under spinnaker, only for THREE KINGS and also BLUES BROTHERS (Shannon & Claire) to pick the better line to the Pelican windward mark and push PEGASUS to 4th. At the club mark at the end of lap 1 a less than perfect retrieval and rounding by BLUES BROTHERS allowed PEGASUS to chase and later overhall THREE KINGS. While at times seemingly slightly closing the gap to ELLA, Greg and Ari sailed faultlessly and comfortably took the gun. BLUES BROTHERS crossed 4th – and earned a comfortable win on handicap – while TEMPEST (Stuart & James) sailed past the line and allowed the close-behind PHOENIX into 5th (and a 3rd on handicap) before returning and finishing 6th. Despite at one stage of the third lap having acres of yellow and green spinnaker all over the boat instead of up in the air, JET STREAM was next over and 2nd on handicap. EYES ON THE PRIZE (Stephen & Karin) need more practise with spinnaker and trapeze (and a lighter breeze), and AIR FORCE ONE was close enough to beat them on handicap. SOUTHERN APE unfortunately had to retire (with a broken tiller extension?).