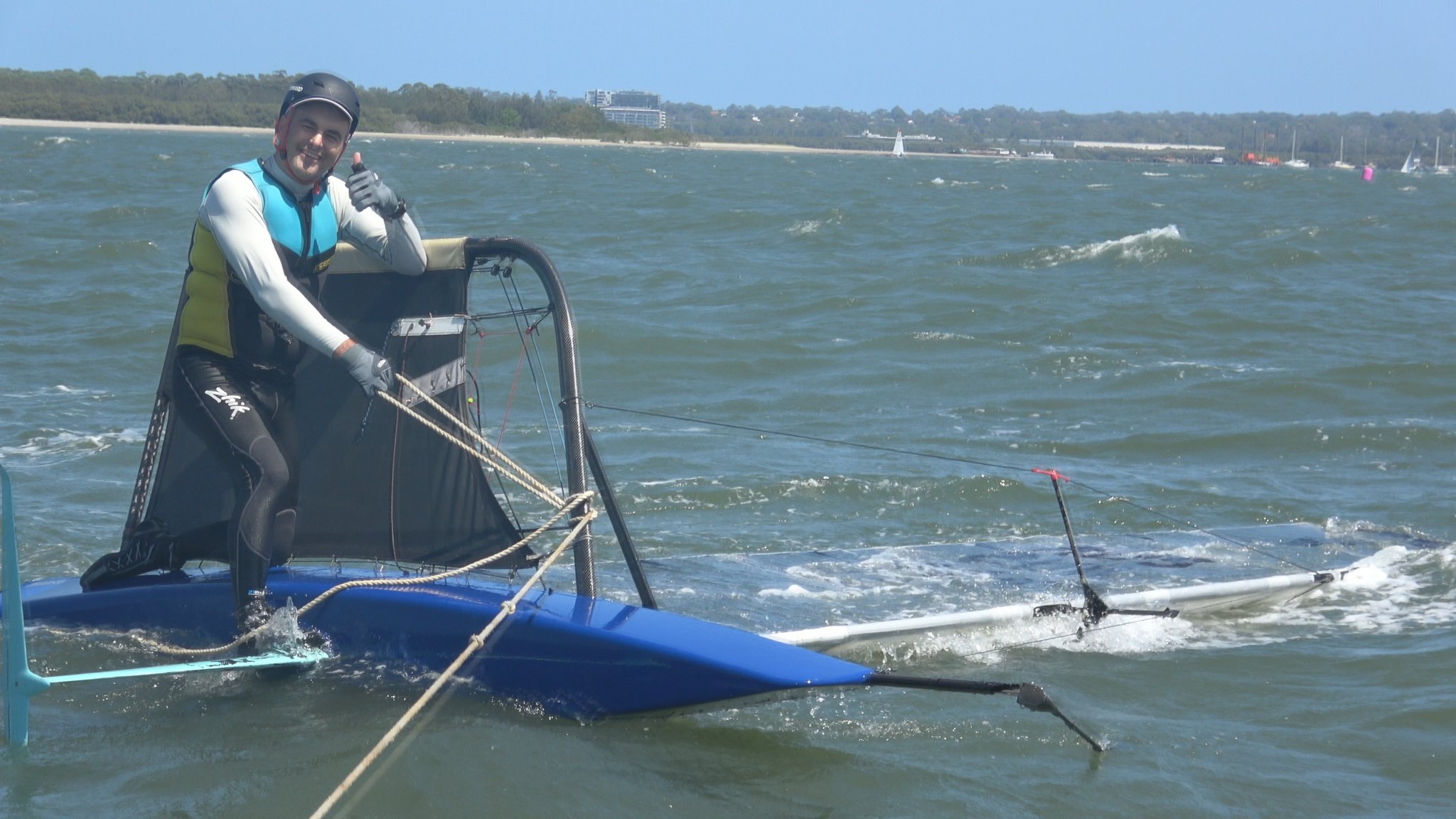 Nervous Moth Sailors were pacing backwards and forwards looking at the state of the seaway out the front of St George Sailing Club last Saturday thinking what will they be in for once the fleet started and headed towards the normal windward mark on the Eastern side of the channel.

It was suggested that  the normal windward mark be replaced with one close to Sandringham Point to avoid the Seaway created by a Ebb Tide with a 20kt NE Breeze on the top. All Moth sailors were in agreement and by the looks of the amount of finishes we may have been better moving the mark to the calm waters of Pelican Gut.

4 of the 7 or 8 boats actually made the starting line in Race 1. Up the First beat David, Luka and Keagan showed good speed. Keagan  was in front at the first cross but failed like normal to have a good tack and let the two hotshots jump away. At the new top mark David lead with Luka cartwheeling in the bear away was briefly close behind. David was never challenged again and Keagan managed to stay afloat for the first two down winds before the wheels fell off. Luka showing great speed, came from nowhere to get second (did he do three laps?). Phil sailing safe as houses like he always seems to do just got in front Keagan at the last top mark before the run to the finish but Keagan put the after burners on to snatch back third…

Race 2 got away and again only 4 boats greeted the starter. Keagan crossing the fleet yet again and that was about the last we saw of him as he had more swims than Ian Thorpe. Luka and Dave battled it out but Dave was a little hot under the collar so took a quick dip to cool off. Phil (I never swim) Stevenson sailed a great race. Finally placings Luka, David, Phil, Keagan.

Special Awards this week go to…..